Learn how to play the notes of "Pachelbel’s Canon in D" on violin for free using our animated scrolling tablature including sheet music and tab options for the easiest way to quickly learn the music. Enjoy playing along with 7 backing tracks which you can control with the track display. Use this tutorial with our tab to learn the song without having to read notes in sheet music.

Students working on this piece may have trouble with the slurs in the fast section, starting at 1:31.  There are a lot of quick string crosses during these slurs, which makes it challenging to get a clean articulation.  The approach to practicing this that I suggest is to play it for a while without the slurs so you can get to know the notes well, then add the slurs in later.  Another tip is to practice it slowly with "slurred staccato."  That means playing each slur, but with a slight pause between each note.  Again, this allows you to pay more attention to making a good connection with the string on every string cross.

One other issue to watch out for are the high 3rd fingers on the G string.  Many students will not reach up far enough for this note, making it sound flat.  This is especially true when the high 3 is the first note to be played on the G string.

The date and circumstances of Johann Pachelbel's (1653-1706) composing of the Canon in D is unknown.  The piece (which is paired with a rarely performed Gigue) was mostly forgotten by music history until 1968, when a recording was released and it soon became a huge hit.  A favorite at weddings and other formal events, it is now one of the most beloved pieces of classical music.  The cello and bass play a repeating eight note pattern throughout the entire piece with three violins playing a strict canon.  A canon is a musical process like a round where a melody is played by one instrument, then imitated by another.  In this case the first violin is imitated by the second after four measures, and again by the third violin four measures after that.  The imitation continues through the entire piece.  The Canon is scored for three violins and basso continuo.  In this version the basso continuo is made up of cello, double bass played pizzicato, and harpsichord.

You can customize the printing of this song's sheet music and tab using the print option. These downloads are offered to everyone for free as a way of giving back to the community on some songs such as this one. 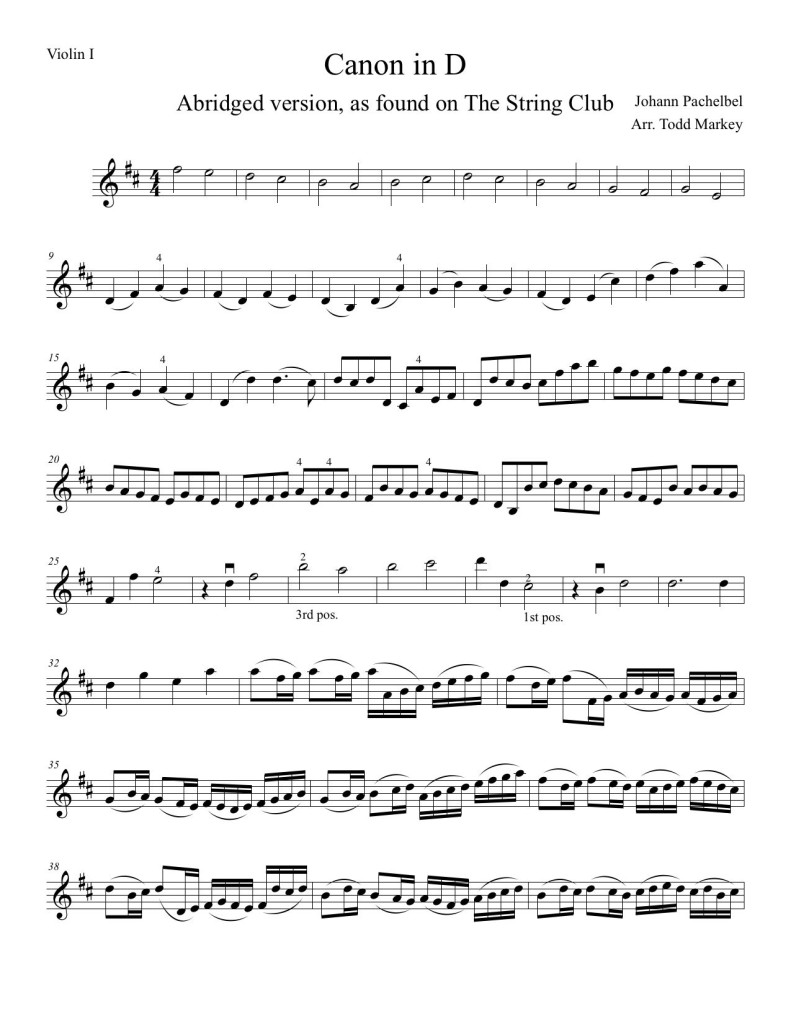 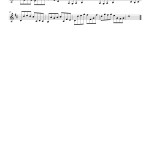